A documentation about a VR Minigame project for Google Cardboard.

The game challenges new VR users to solve a familiar type of puzzle in a new way and let them dive into a spooky and mystical Halloween night atmosphere on an old graveyard. I developed this project as a part of my coursework in the online course „VR Developer“.

The Halloween Pumpkins Hall
My intension as a 3D Artist was to design an interesting environment for the users and invite them to look around and explore everything. I attached importance not to make the users feel uncomfortable or get very scared whithin this experience. It should be fun to be in this place and only just a little scary.

After the idea was born I modified the course project into a special Halloween Pumpkins Hall. I modeled an additional mausoleum front building, new walls for the interior scene and some pumpkins in 3Ds Max. The unwrapped models were textured in Photoshop. For the Halloween UI I made the graphics in Adobe Illustrator and imported the .pngs into Unity 3D.
While working on the scene,  I had to be a little bit carefull about the model and texture sizes and the lights in particular, to avoid from running into performance issues on mobile devices.  So, here you can take a look at some documentation material of the working process:

Screenshots
from the Unity editor interface 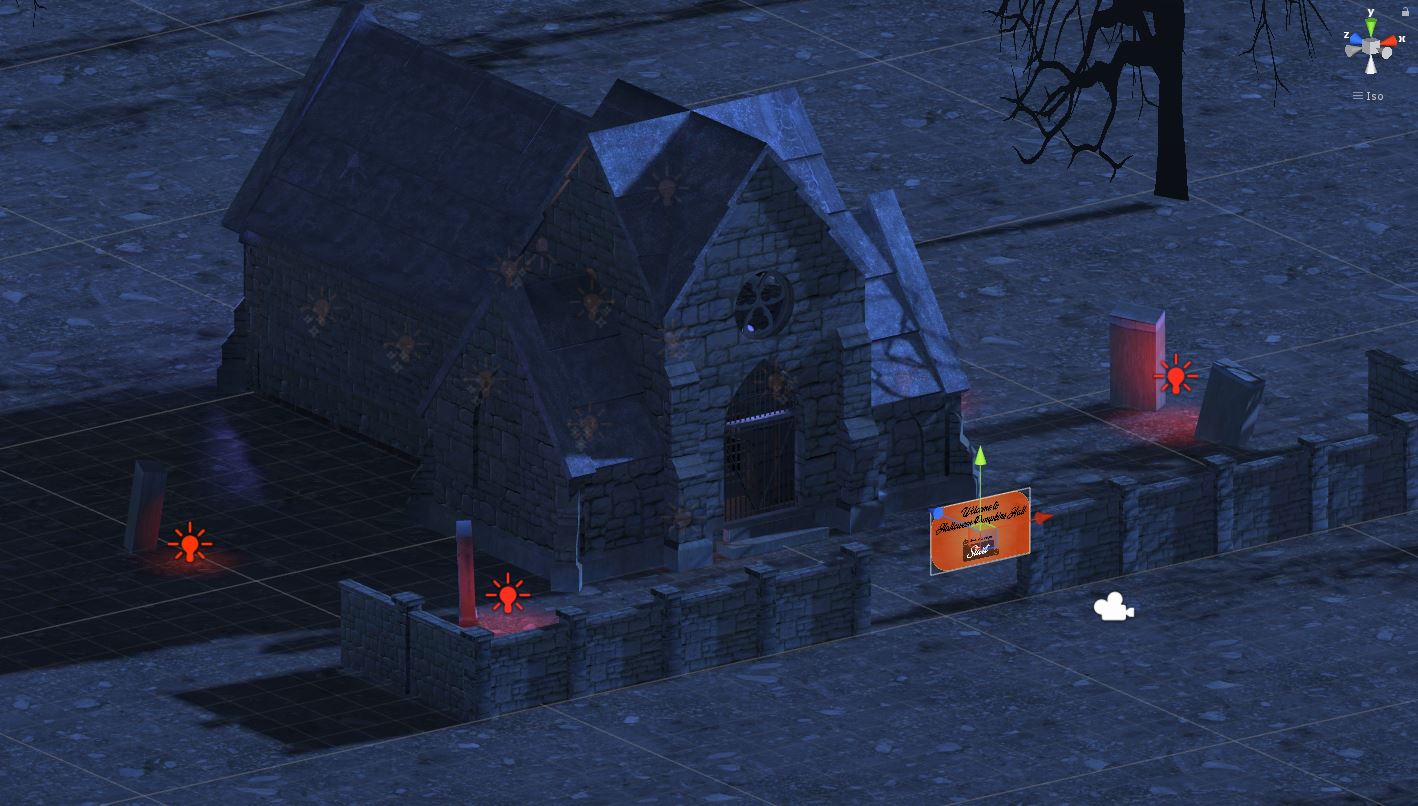 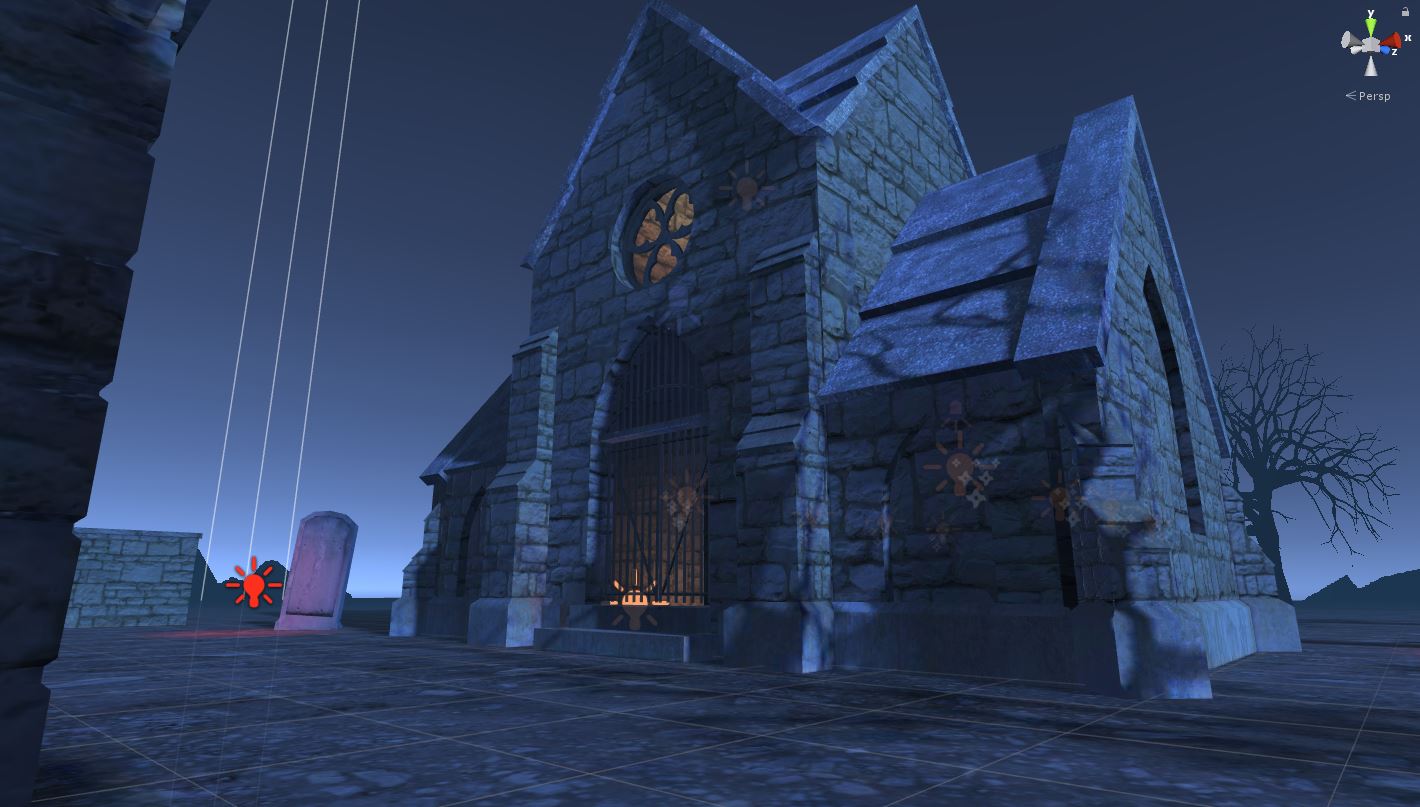 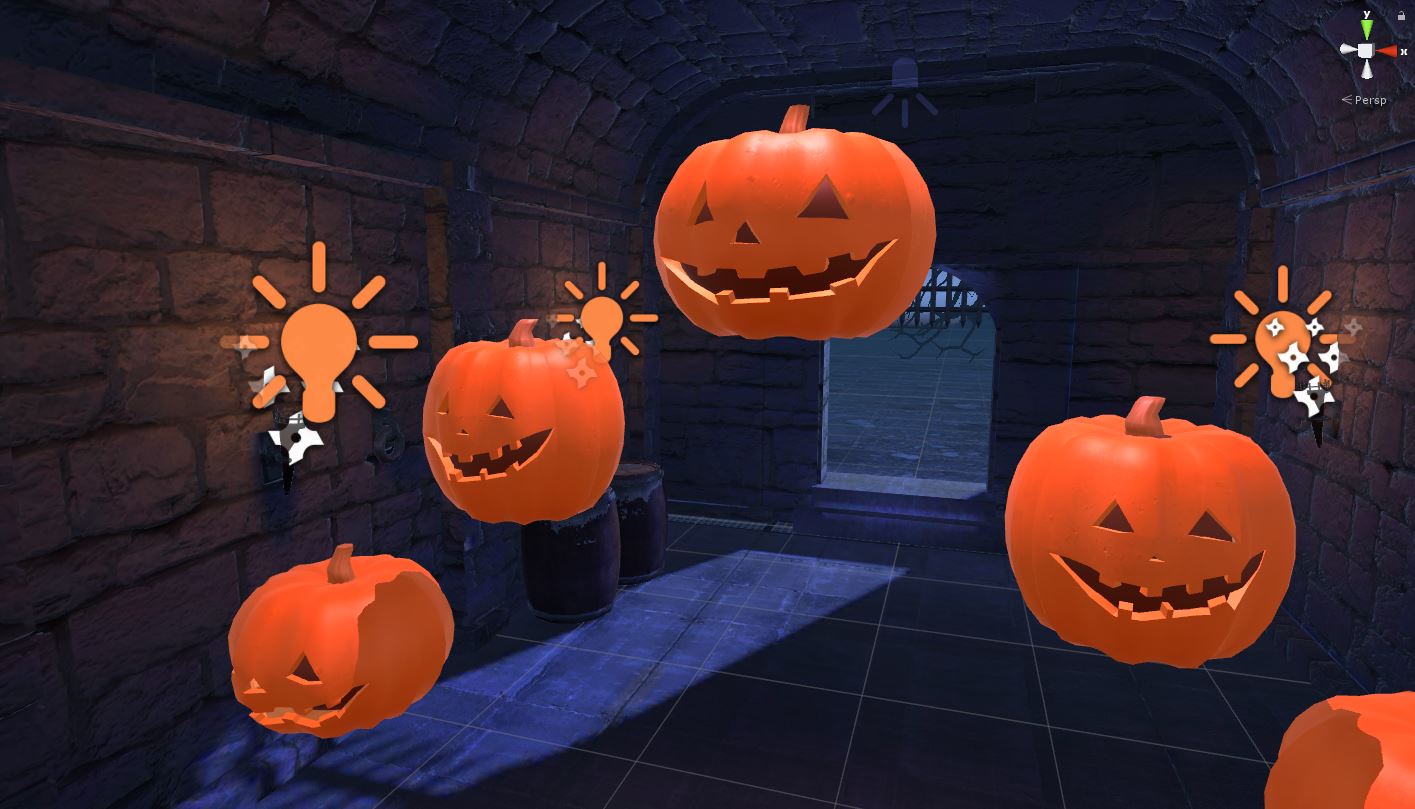 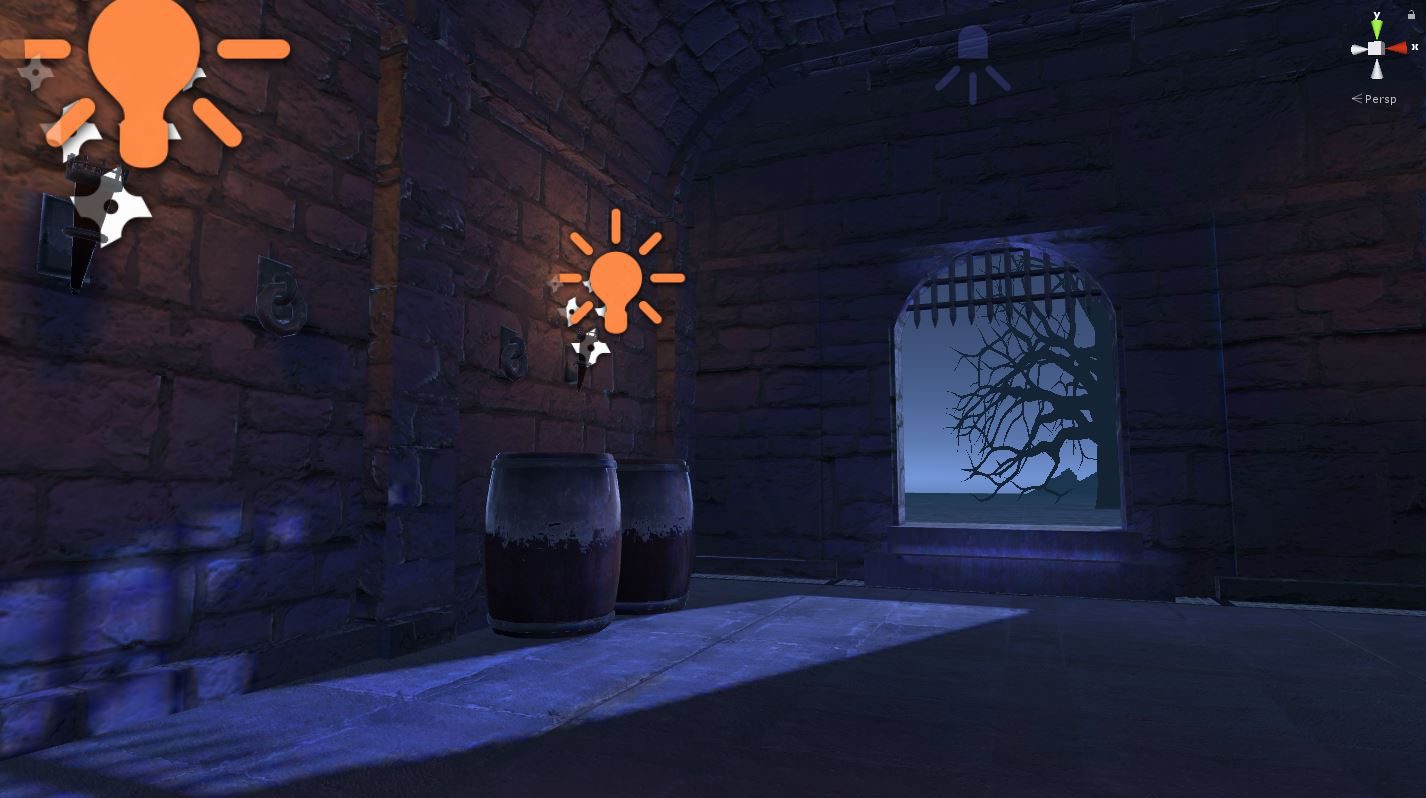 1st iteration – the lighting inside the hall 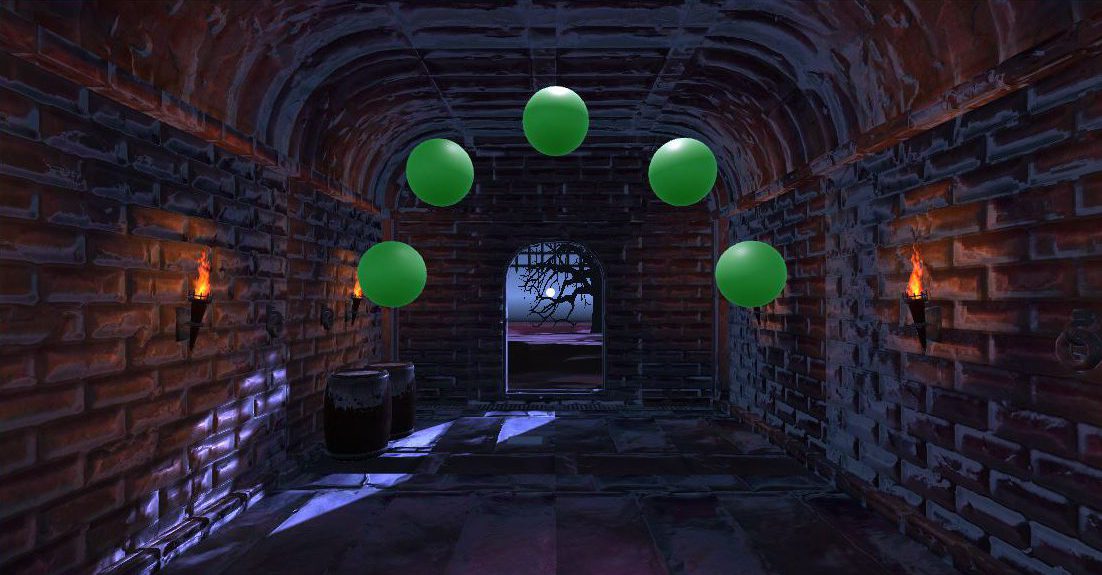 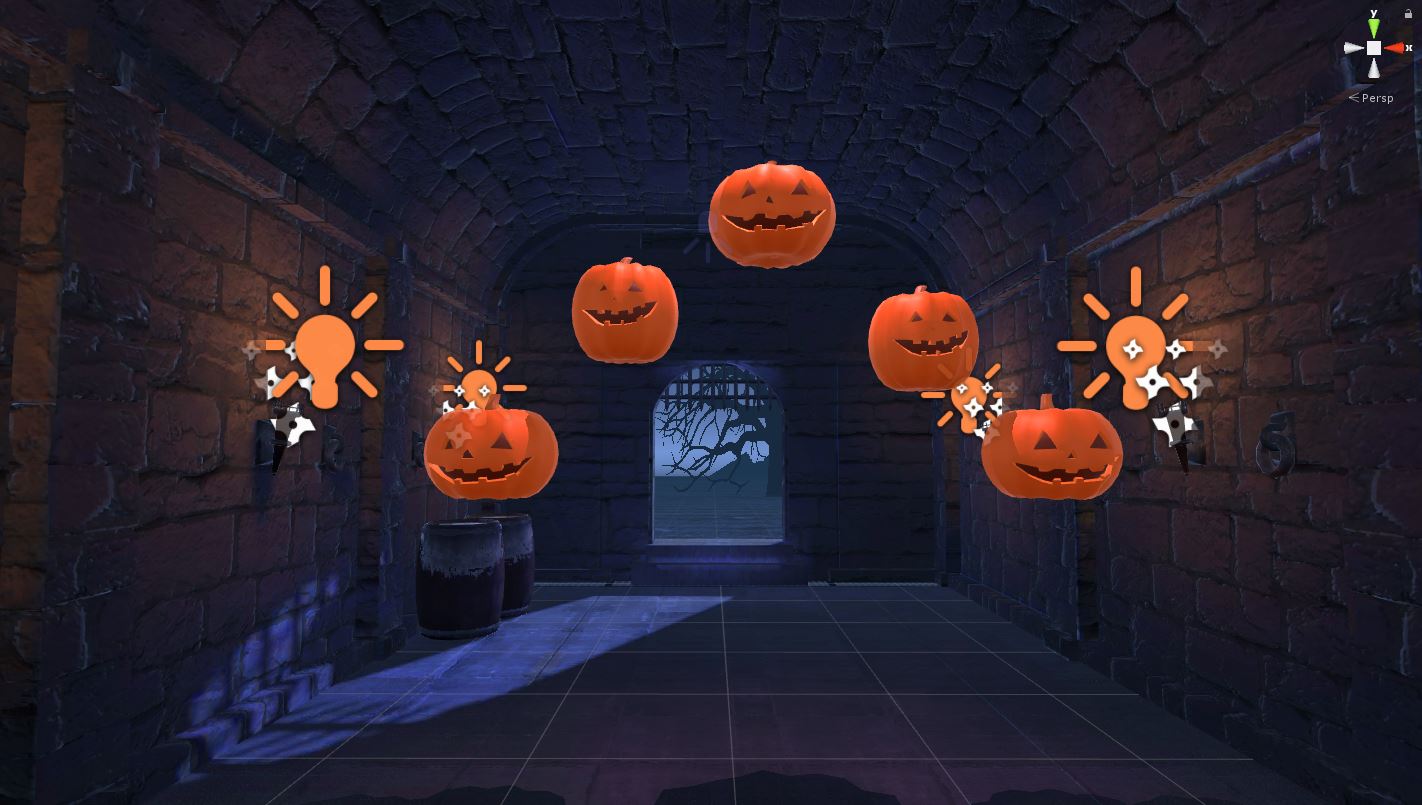 Screenshots
from the modelling process in 3Ds Max 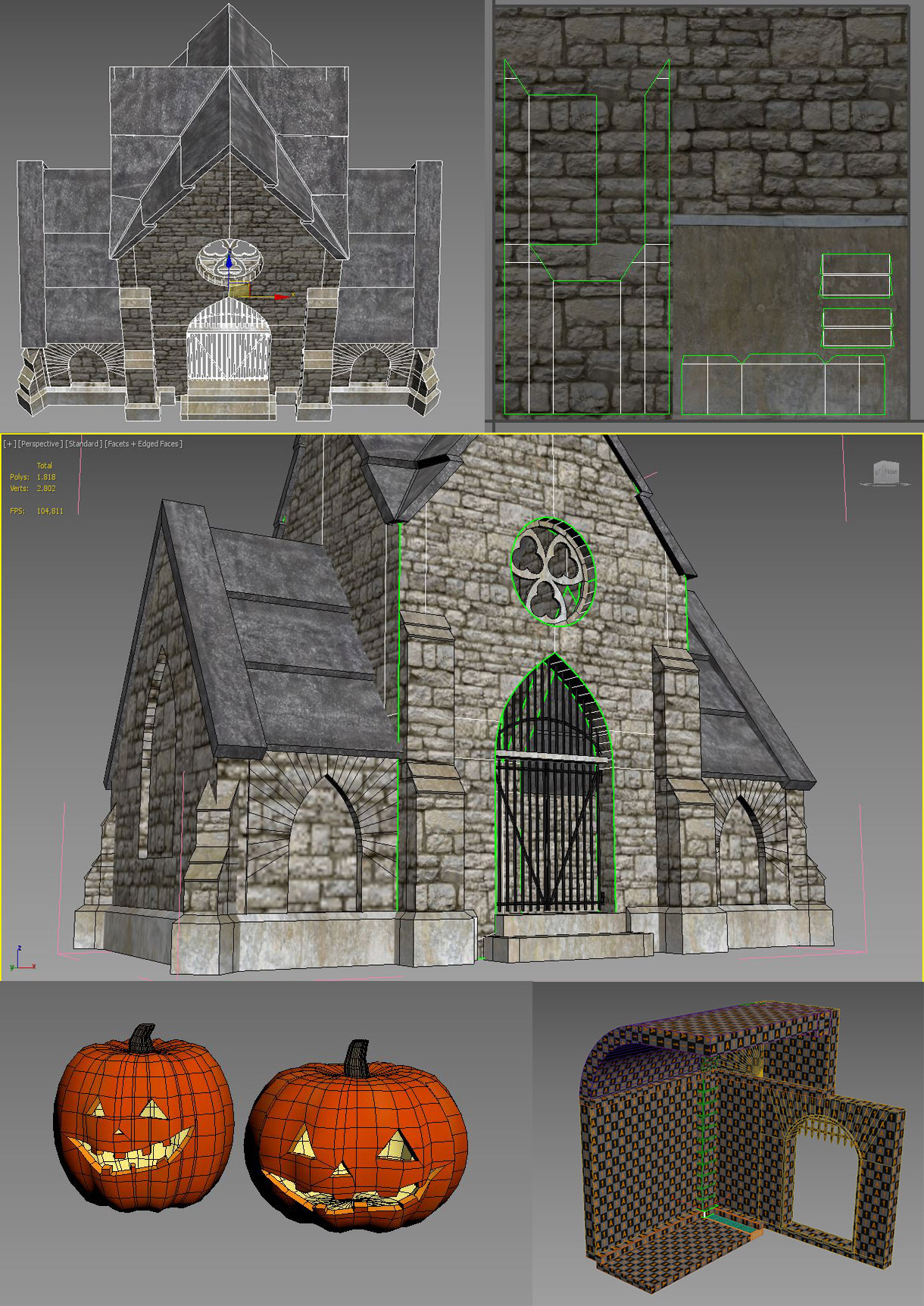 Process Section
Statement of purpose
„Halloween Pumpkins Hall“ is a mobile VR application for new VR users which challenges them to solve a familiar type of puzzle in a modern way. The challenge for the player is to memorize a sequence of lighting up pumpkins and to repeat this pattern in the same order – to win the game.

Persona
For whom? Families with kids, grandparents and with dog 😉
Age: Parents around 30/40 years, children 13, 16, Grandma/pa 65/70 years
Occupation: Doesn‘t matter… I guess.
A quote: Stay curious and have some fun!
VR Experience-Level: Beginner 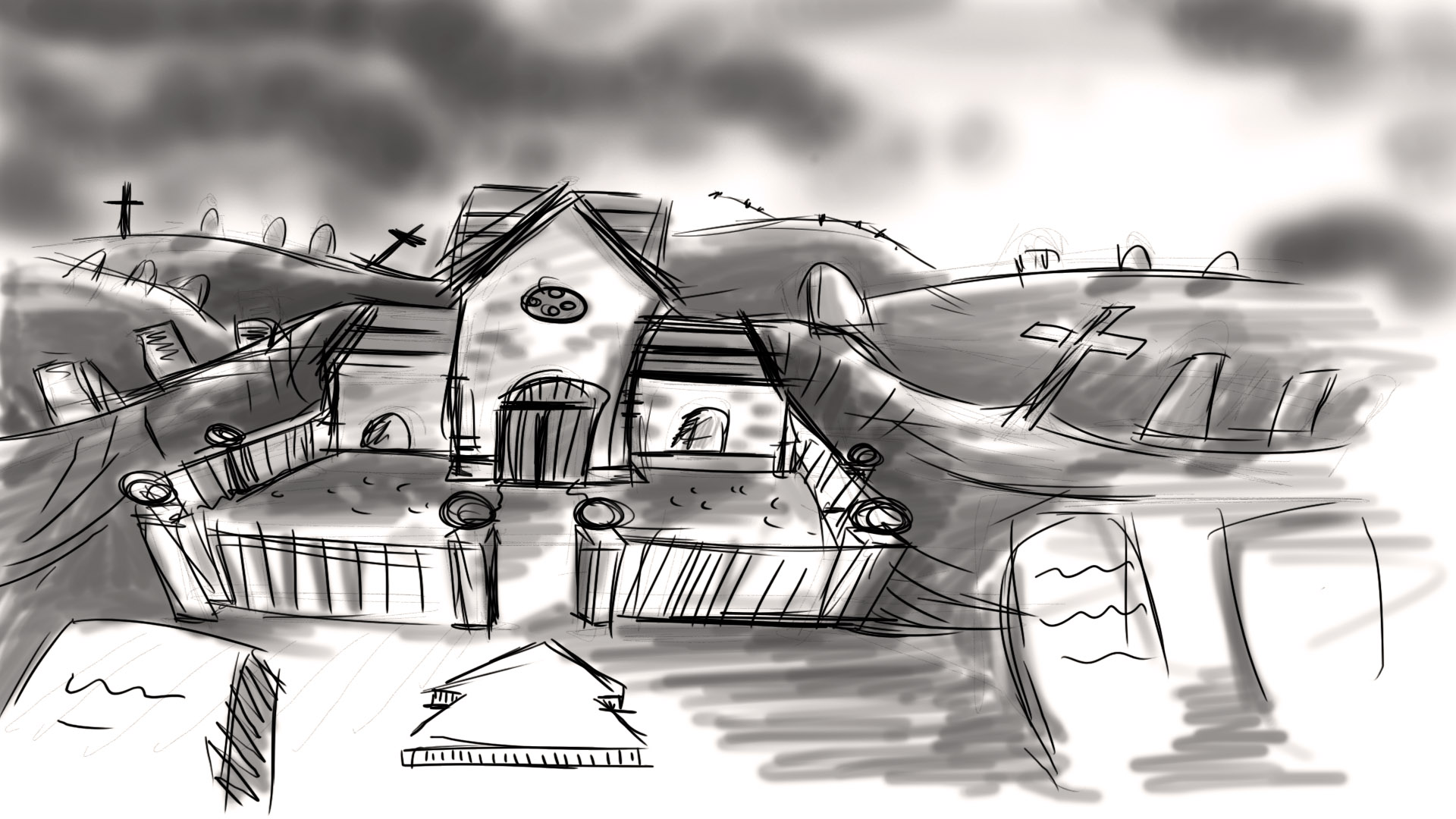 Scribbles for the User Interface

User Testing
I tested a few people, male + female. Here are some Q&As:

User test 1 – Room experience + atmosphere
1. How big are you in this VR experience?
– Like in real life. The room is approximately 2,80m high.
2. Discribe the atmosphere of the environment.
– A quite place, like a cellar or dungeon of an old castle –
mystical somehow but I don‘t want to stay here for longer.
3. Is there anything, you would like to look at? But is is difficult to see?
– I would like to go outside. It‘s brighter there. Maybe there is a path…

User test 2 – User Interface
1. Can you see a panel?
– Yes, I see a kind of board in front of me, about 1m high and 2m wide.
– It‘s good readable. A welcome screen with a button.
2. What would you think happends, if you click on the button?
– Something will start then. Maybe I can go inside.

User test 3 – Movement
1. What happens, when you click the button?
– I start moving into the building.
– In the begining I thought I felt dizzy, but just for a short moment. Then everything was fine. The movement is very flowing.

Ideas for changes
– For untrained VR users – helpscreens and smaler steps with the sequence
– Different game levels (start: 3 pumpkins, mid: 5 pumpkins, exp: 8 pumpkins)
– An exit button to leave the game or a pause button to take a break

Ideas for extensions
– A help book on one of the wine barrels.
– Possibility to go upstairs or to look closer at different things
– Additional waypoints outside the building 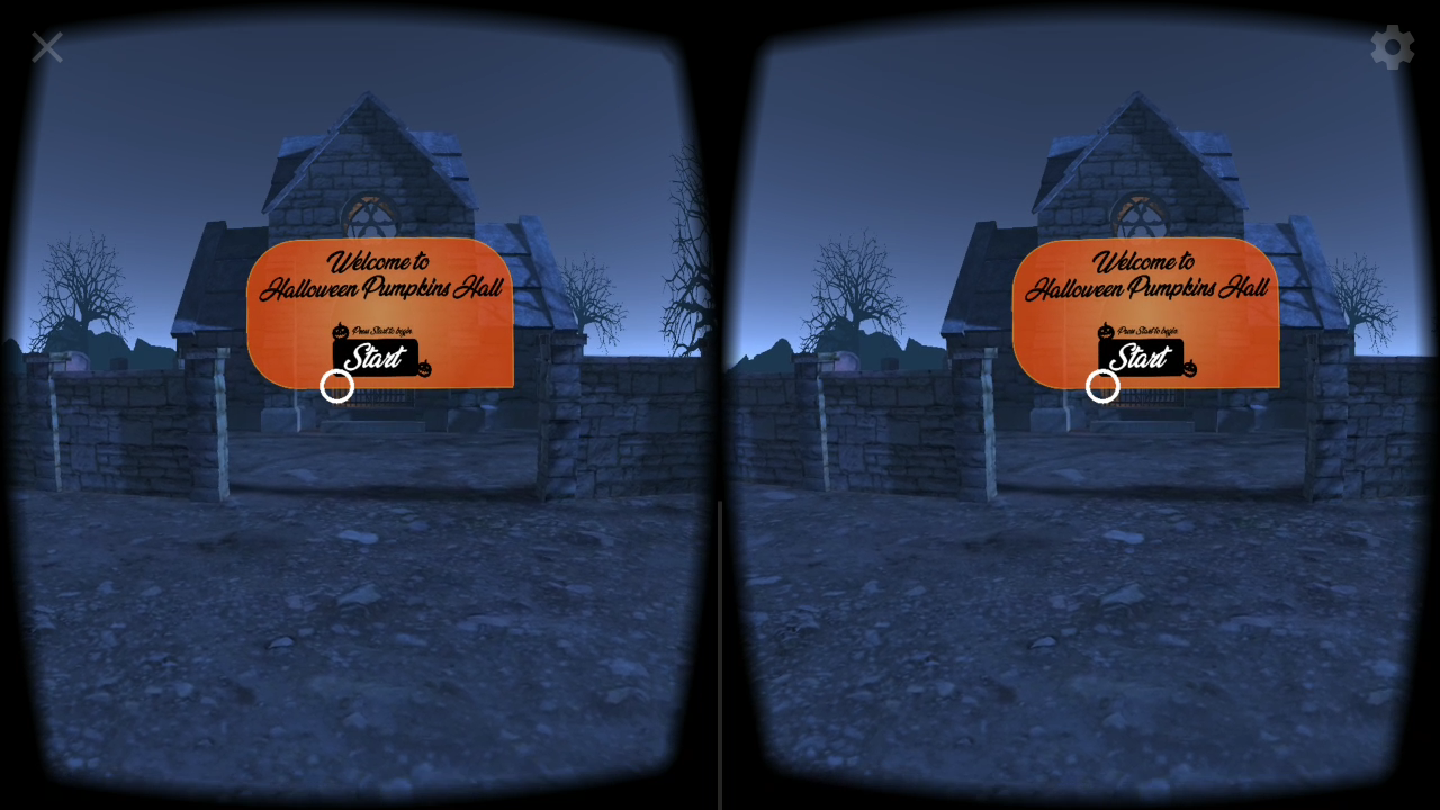 Moving into the hall 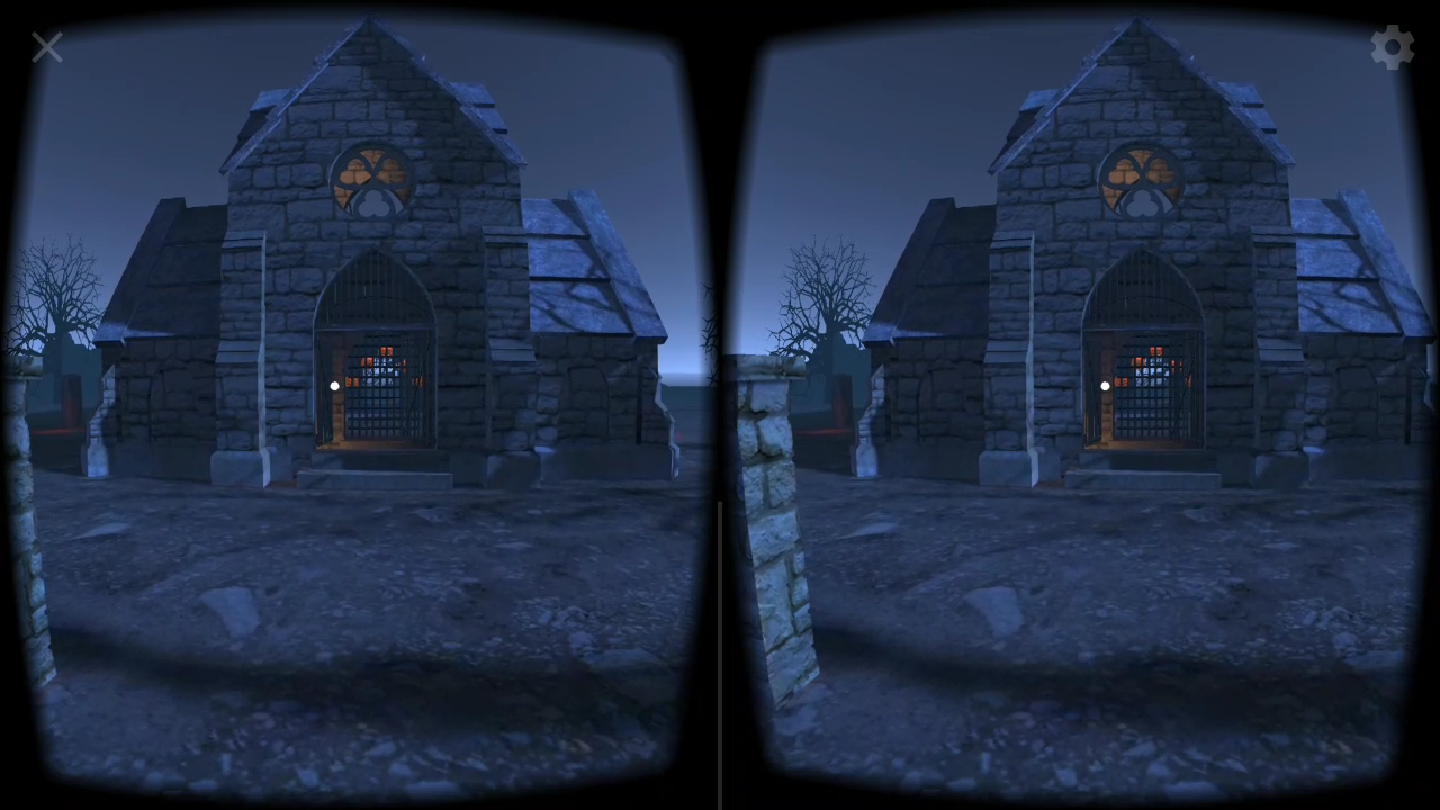 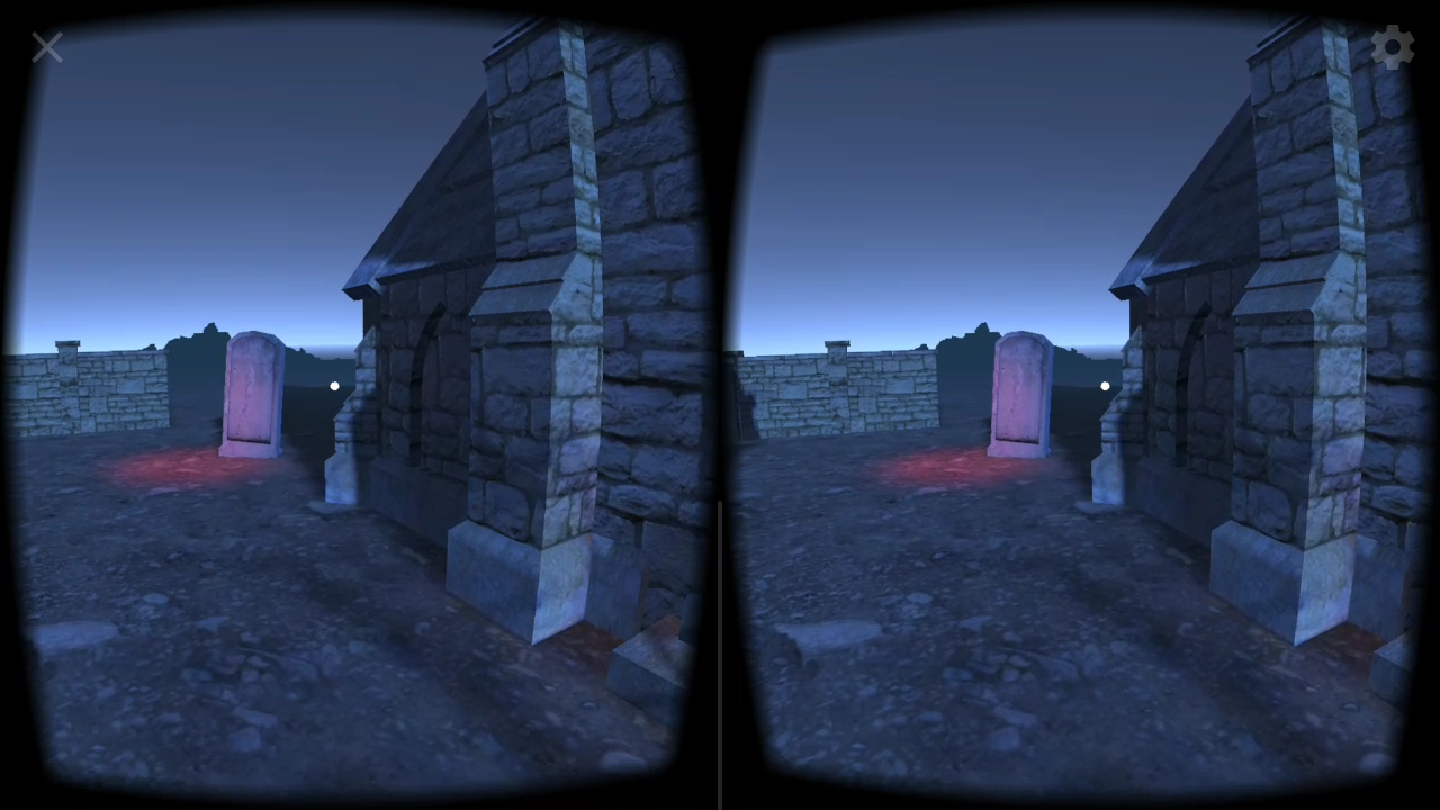 Item 2
In the middle of the building, Gameplay: Sequence of lighting-up pumpkins 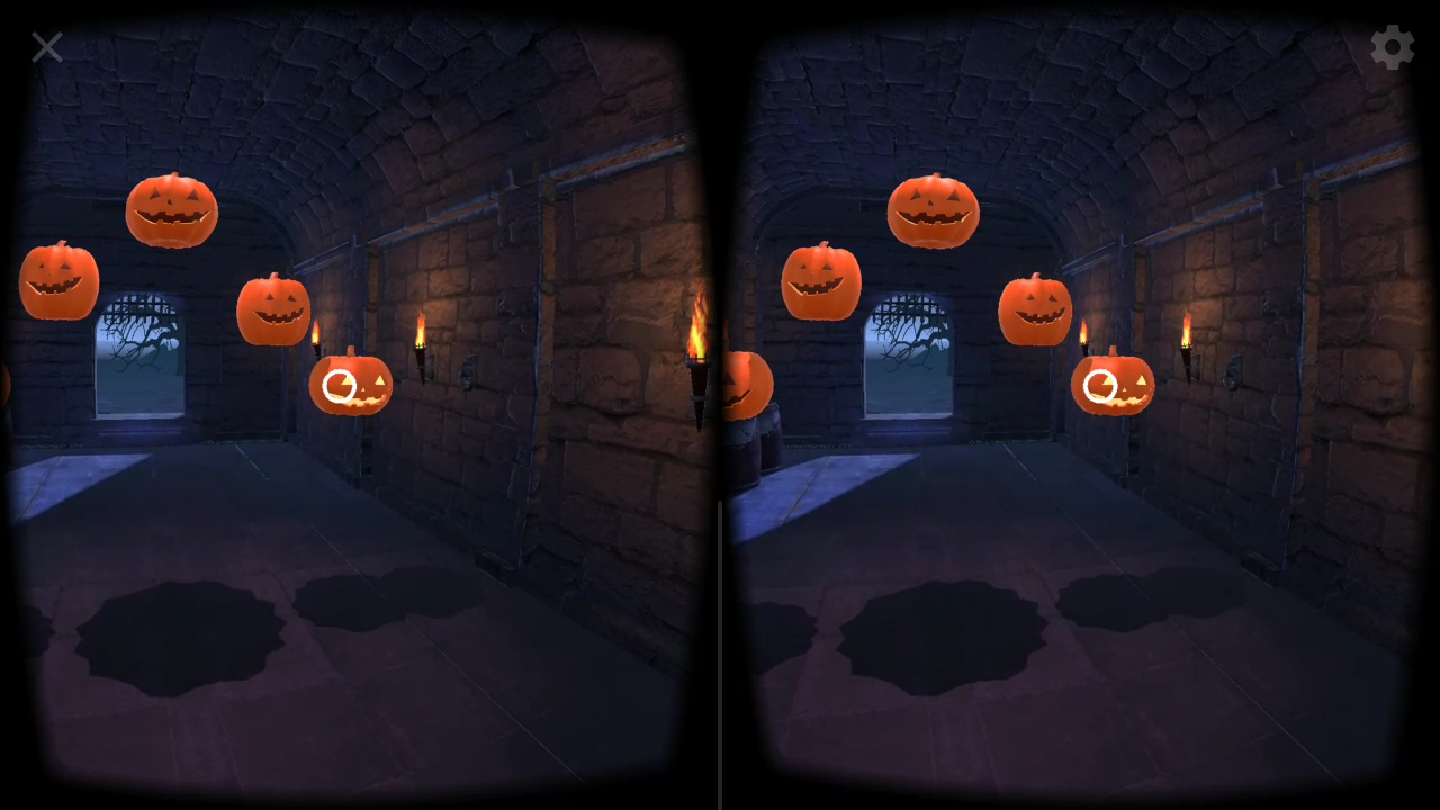 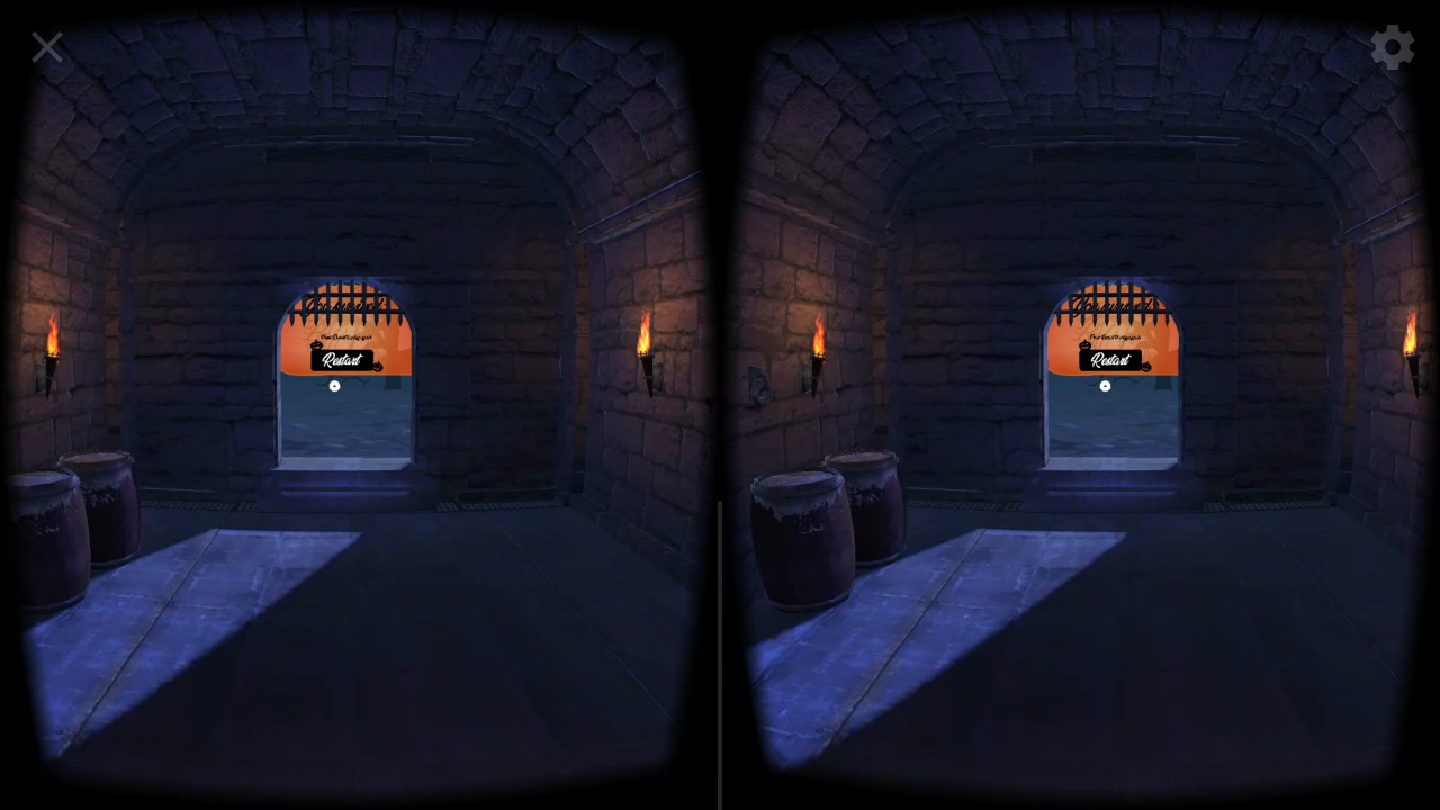 Conclusion
It was a very nice project and I loved to work on it, especially after I had decided to do the Halloween look. Challenging was the lighting situation. I tried out a lot of different ways with realtime and baked lights and GI. In the end I had one direct light which was realtime and all the other things were baked. The scripting was challenging too, because I wanted to have some additional animations to be controlled.

Next steps
There came a lot of ideas into my mind while I was working on this project. I’ve learned very much! Maybe I will work on a „Halloween Pumkins Hall 2.0“ to implement a few changes in the game mechanic, I’ll see what can be done. But now, I can‘t wait to focus on my next VR experience! This will be fun.
Have a nice day and thanks for reading!
Tanja